He is still walking mainly because his opponents have not aligned themselves.

Najib has the entire Umno establishment in his pocket and has the state apparatus at his disposal despite the anger of the majority of Umno members and ordinary citizens against him.

Increasingly, ordinary Malays' sentiments are moving from anti-Najib to anti-Umno, especially in the face of very difficult economic condition caused by the implementation of the Goods and Services Tax (GST), falling oil and commodity prices and declining economic growth.

But today’s alignment of forces between Dr Mahathir Mohammad-Muhyiddin Yassin and the opposition has broken the stalemate.

All the anti-Najib forces are aligned for the first time.

The immediate three-month period from now to the fasting month presents a very small window of opportunity. 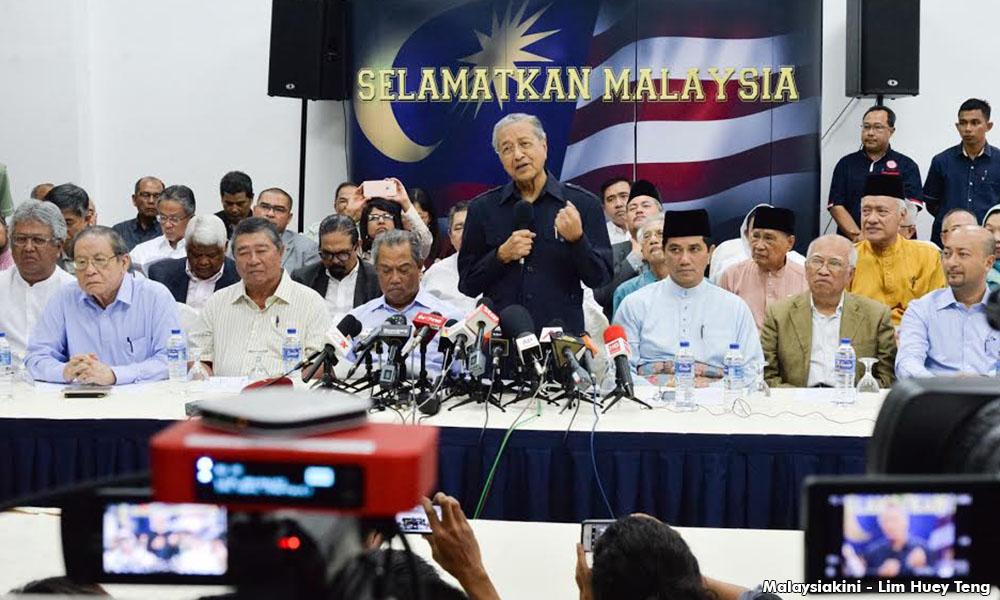 The push to force Najib out of office may have three possible consequences:

First, Najib will use all apparatus available to him to arrest his opponents including using emergency powers.

Such moves will further alienate the people which will only mean Najib could only survive with undemocratic means.

Elections may even be abolished.

Second, the Umno leadership realises that the party would not survive the next election and the only way is to get rid of Najib as soon as possible.

Ironically, momentum exerted by Dr Mahathir and Muhyiddin may have an intended consequence: the installation of Zahid Hamidi as the next prime minister if he does a Brutus on Najib.

Zahid Hamidi could be a popular prime minister if he puts Najib and his wife Rosmah Mansor behind bars.

A Zahid premiership may be able to take the momentum out of the Mahathir-led uprising.

Third, Mahathir, Muhyiddin and the opposition, together with people’s power, overthrow the Umno-led government and realign Malaysian politics for the better once and for all.