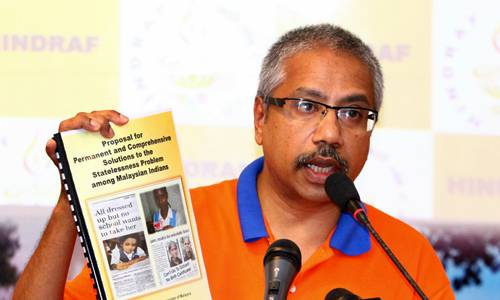 Despite Waytha's Najib MOU fiasco, Harapan warms up to talks

This is despite Waythamoorthy's infamous pact with Prime Minister Najib Razak going into the 13th general election.

According to Free Malaysia Today, former law minister Zaid Ibrahim said the PHM chief had at the time acted in the interest of the Indian community, despite the memorandum of understanding with BN having failed.

"He (Waythamoorthy) should be valued for what he can bring to the coming general election," Zaid told FMT in a report today.