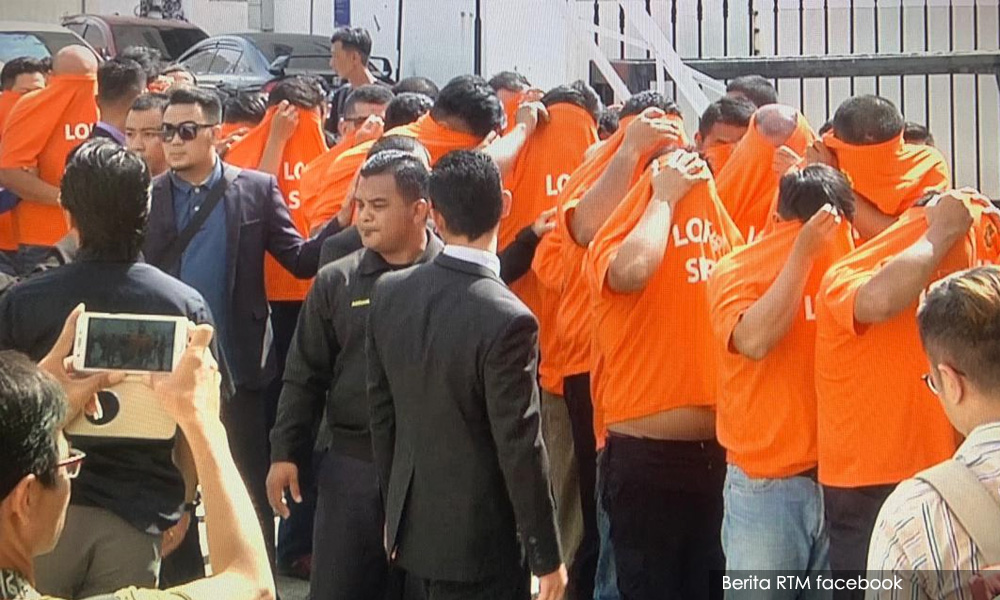 Yoursay: Yes, MACC, orange is not the new black

YOURSAY | 'The orange attire was the legacy of the repressive old regime to humiliate suspects...'

MACC: No more orange attire for suspects in court

PB: Justice has to take its time. Proper justice, not the kangaroo court variety.

Indeed, former prime minister Najib Abdul Razak's many cases might not fully conclude before the next general election - there are appeals likely to be filed.

We must allow it time so that justice rightly is done.

MACC is doing a very good job as it is. But it is faced with a scale of corruption we never thought possible. So a little patience would be in order.

We need the fear of arrest to percolate down further. If the perception is that only the big thieves are the ones attracting MACC's attention, then the bottom feeders will feel a degree of immunity. So, we need to see more lower-level officials being hauled up on charges.

But surely, this is not the remit only of MACC. Can't the police, under our new and clearly more virtuous inspector-general of police (IGP), constitute a team under the appropriate law to identify and arrest, and complement the work of MACC?

Do not the various statutory authorities also have the power to deal with corrupt officials under them, at the very least to fire them?

I doubt that a perpetrator's walk in orange is a sufficient deterrent against corruption. It makes us look like some banana republic.

David Dass: A small step forward but a necessary one. We have no juries, but even a judge can be influenced by the accused wearing a prison uniform.

The presumption of innocence should operate until conviction.

The presumption does not mean that they did not commit the offences they are charged with. It just means that the evidence of their guilt has to be produced in court in accordance with rules of procedure and evidence, and satisfies the judge that the prosecution has discharged its burden of proving the charge beyond a reasonable doubt.

The orange attire was the legacy of the repressive old regime to humiliate suspects, which included their political opponents.

Anonymous_1527925538: I agree with this MACC reform. Those are just charged in court and not proven guilty yet. We should not humiliate them.

Wsoi: Rule of law means being fair and just to everybody. The accused are not guilty until proven. No handcuffs unless necessary. And no 'lock up ' shirt until proven guilty.

This is professional, fair and just to all. Good start, Latheefa.

Anonymous_1538808416: In other countries, I will agree with the move, but in Bolehland, why give kleptocrats leeway? Name and shame them is the only way.

How do you scare off birds in open fields? You put a scarecrow. Now you remove this requirement, the "birds" are not scared anymore.

Shibboleth: The orange outfit is a good deterrent. Maybe a good compromise is wearing orange with "Innocent Until Proven Guilty" printed at the back or front.

We, the public, are dealing with them on a daily basis and have to pay bribes just to get on with our life, or else they will make it very miserable for our businesses.

Yesterday, I saw six DBKL staff members hanging around a restaurant in Brickfields and two of them who went into the back kitchen emerged smiling.

Why a need for so many of them to do a basic duty? DBKL is overstaffed and this should be looked into.

Seriously, I agree with this move. Previous use of the orange attire was just an exercise of power and humiliation for those in custody.

Coexist: Indeed, what’s good for Najib and Rosmah Mansor is good for the rakyat. No orange T-shirt.

Malaysian-United: Good move, although I wish we could see Najib dressed up in that conspicuous orange outfit at least once before your latest ruling, Latheefa.

That has been a political wet-dream for some of us. Still is.

The answer will determine the future of MACC and, by extension, of Pakatan Harapan.

Howway: More than a public image, MACC needs to overhaul its credibility

Coexist: Latheefa should put a microscope on the Sarawak MACC (there is no need for perception change; just need change).

yoursay
macc
latheefa koya
court
Related Reports
MACC looking into claims of graft in Kuala Koh
a year ago
Latheefa: I had no time to think - or I might have turned down MACC job
a year ago
MACC nabs former Malacca exco and clerk on graft charges
a year ago
I was more of an activist than politician, Latheefa says on MACC appointment
a year ago