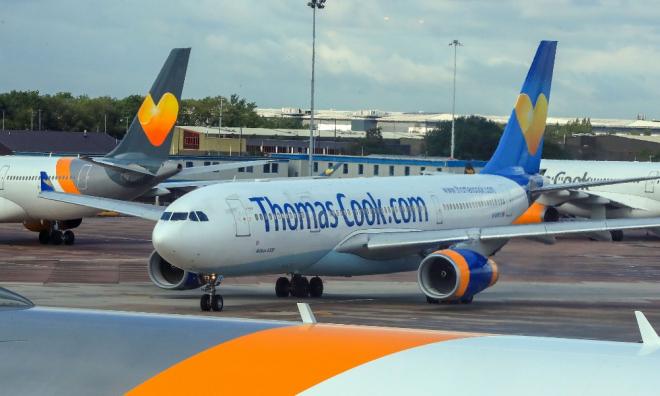 The world’s oldest travel firm Thomas Cook collapsed on Monday, stranding hundreds of thousands of holidaymakers around the globe and sparking the largest peacetime repatriation effort in British history.

The liquidation marks the end of one of Britain’s oldest companies that started life in 1841 running local rail excursions before it survived two world wars to pioneer package holidays and mass tourism.

The firm ran hotels, resorts and airlines for 19 million people a year in 16 countries. It currently has 600,000 people abroad, forcing governments and insurance companies to coordinate a huge rescue operation.

Chief executive Peter Fankhauser said it was a matter of profound regret that the company had gone out of business after it failed to secure a rescue package from its lenders in frantic talks that went through the weekend.

The UK’s Civil Aviation Authority (CAA) said Thomas Cook had ceased trading and the regulator and government had a fleet of planes ready to start bringing home the more than 150,000 British customers over the next two weeks.

“I would like to apologise to our millions of customers, and thousands of employees, suppliers and partners who have supported us for many years,” Fankhauser said in a statement released early on Monday morning.

“It is a matter of profound regret to me and the rest of the board that we were not successful.”

Pictures posted on social media showed Thomas Cook planes being diverted away from the normal airport stands. Some were left deserted once passengers and staff had departed. Employees posted pictures of themselves walking from their last flights.

“Love my job so much, don’t want it to end,” Kia Dawn Hayward, a member of the company’s cabin crew, said on Twitter.

The government and aviation regulator said that due to the scale of the situation some disruption was inevitable. All the company’s flights are cancelled.

Customers were told not to travel to airports until they have been told via a special website - thomascook.caa.co.uk - that they were due on a return flight that was being organised by the government.

The British regulator is also contacting hotels hosting Thomas Cook customers to tell them that they will be paid by the government, through an insurance scheme. That was after some were briefly held in a hotel in Tunisia when staff asked for additional payments to be made.

“Our contingency planning has helped acquire planes from across the world – some from as far away as Malaysia – and we have put hundreds of people in call centres and at airports,” Transport Minister Grant Shapps said.

In Germany, a major customer market for Thomas Cook, insurance companies will coordinate the response.

The corporate collapse has the potential to spark chaotic scenes around the world, with holidaymakers stuck in hotels that have not been paid in locations as far afield as Goa, Gambia and Greece.

In the longer term, it could also hit the tourism sectors in the company’s biggest destinations, such as Spain and Turkey, leave fuel suppliers out of pocket and force the closure of its hundreds of travel agents across British high streets.

The group had seemed set for a rescue when it agreed the key terms of a 900 million pound recapitalisation plan in a deal with its biggest shareholder, China’s Fosun, and the travel firm’s banks in August.

But in finalising the terms of the deal, the company was hit with a demand for another facility of 200 million pounds in underwritten funds by its banks.

Fosun said it was disappointed by the company’s failure to strike a deal with its banks and bondholders, and noted it had remained supportive throughout.

The recapitalisation plan was “no longer applicable given the compulsory liquidation” of Thomas Cook, Fosun said in a statement.

With headlines swirling that Thomas Cook was in trouble, suppliers started calling in their debts and future customers went elsewhere, draining the company of the cash it needed to keep operating.

“This marks a deeply sad day for the company which pioneered package holidays and made travel possible for millions of people around the world,” Fankhauser said.