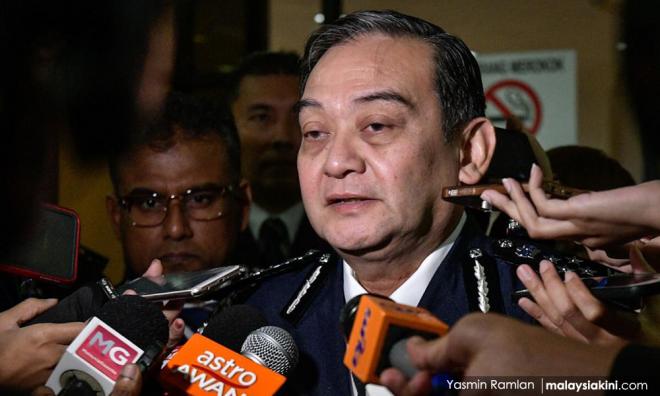 "It's still under investigation. The investigation is still pending," Mazlan (above) told journalists when asked for an update on the case at the Royal Malaysian Police College in Kuala Lumpur today.

Former Santubong PKR Youth chief Haziq Abdullah Abdul Aziz had previously alleged that he was the man in the video and his partner was Azmin.

Azmin has denied he is involved in the sex video and decried it as an attempt to destroy his political career.

The video was released in the early hours of June 11, more than three months ago.

Mazlan said police were not ready to reveal anything pending the completion of the investigation.

In July, Inspector-General of Police Abdul Hamid Bador had revealed that national agency Cybersecurity Malaysia had run an analysis of the video and found that it had not been tampered with.

However, Hamid said, the analysis had failed to positively identify the identities of the individuals in the video.