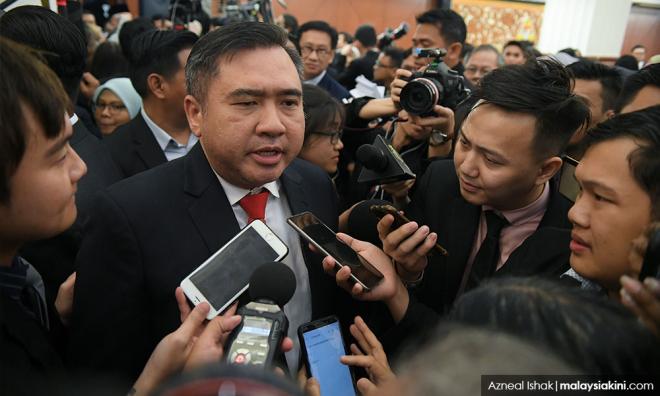 DAP has warned those defeated in the last general election not to attempt to return to power using the back door, following claims that Umno lawmaker Hishammuddin Hussein is pushing for a new government.

The party's organising secretary Anthony Loke said the mandate given to Pakatan Harapan in the last general election must be respected.

“Don't forget, those who were defeated must not attempt to use the backdoor to become a cabinet member,” Loke told reporters at the Parliament lobby this afternoon.

Loke was one of five Harapan leaders who issued a joint statement yesterday, claiming that Hishammuddin was plotting to create a new administration that would exclude DAP and Amanah.

Earlier today, Hishammuddin denied he was orchestrating such a plot or attempting to block PKR president Anwar Ibrahim from becoming the next prime minister.

He also dismissed the Harapan leaders' claim that his writings reflected a desire to return to race-based politics and governance.

Meanwhile, PKR information chief Shamsul Iskandar Mohd Akin said Anwar received information regarding Hishammuddin's plan and that was the reason he raised the matter in the Dewan Rakyat.

“We have agreed in Harapan that the government's policies will reflect the multiracial and multireligious composition of our country.

“And our coalition has lasted until today without any major problems,” he added.

When debating the Budget 2020 in the Dewan Rakyat yesterday, Anwar and BN leaders exchanged veiled remarks on the plan for him to succeed Prime Minister Dr Mahathir Mohamad.

Anwar then implicated Hishammuddin, who is also the MP for Sembrong, when urging BN lawmakers not to succumb to threats of prosecution.

“This is the problem of wanting to follow the strategy by Sembrong and others. All this is nonsense.

"All this is sometimes for personal survival... to close MACC cases. We don't want that. Politics should not be about threats, it should be about principles.

"Be these threats of prosecution or imprisonment, one's principle must not be sacrificed," he stressed.