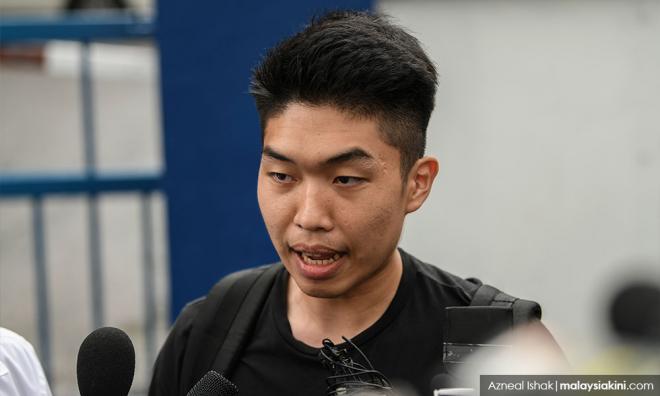 No legal protection for job seekers from discrimination, and 9 news from yesterday

1. The Women’s Aid Organisation has expressed its disappointment after the government told the Dewan Rakyat it has no plan to amend the Employment Act 1955 to outlaw discrimination against job seekers.

2. Police are investigating Universiti Malaya graduate Wong Yan Ke for “intentional insult with intent to provoke a breach of peace” for his protest during the university’s convocation ceremony.

3. The UM Academic Staff Association backed Wong’s freedom of expression and voiced grievances of their own against vice-chancellor Abdul Rahim Hasim, but disagreed with Wong’s choice of a protest platform. Prime Minister Dr Mahathir Mohamad likewise said a convocation is not the right time nor place for a demonstration.

4. Auditor Ng Yee Hong, who signed off on 1MDB’s 2014 accounts, has obtained an injunction to prevent the Malaysian Institute of Accounts from publicly announcing the findings of its disciplinary proceedings against him.

5. After courting controversy for joking about a run-down car on Twitter, Lembah Pantai MP Fahmi Fadzil tracked down the car’s driver and found that he was in need of surgery to save his eyesight.

6. Transgender rights activist Nisha Ayub has been featured in BBC’s annual list of 100 most inspiring and influential women.

7. The Unified Examination Certificate task force said it is happy with the outcome of a meeting with MPs form both sides of the political divide to discuss issues surrounding recognition for the upper-secondary examination.

8. Controversial Islamic preacher Dr Zakir Naik dismissed the allegation that the majority of Islamic State (IS) sympathisers arrested in India were influenced by his speeches.

9. The Roundtable on Sustainable Palm Oil (RSPO) will seek to compel buyers of sustainable palm oil to increase their purchases or face suspension.

10. A survey of privacy and surveillance around the world ranked Malaysia as the “fifth worst” out of 47 countries.