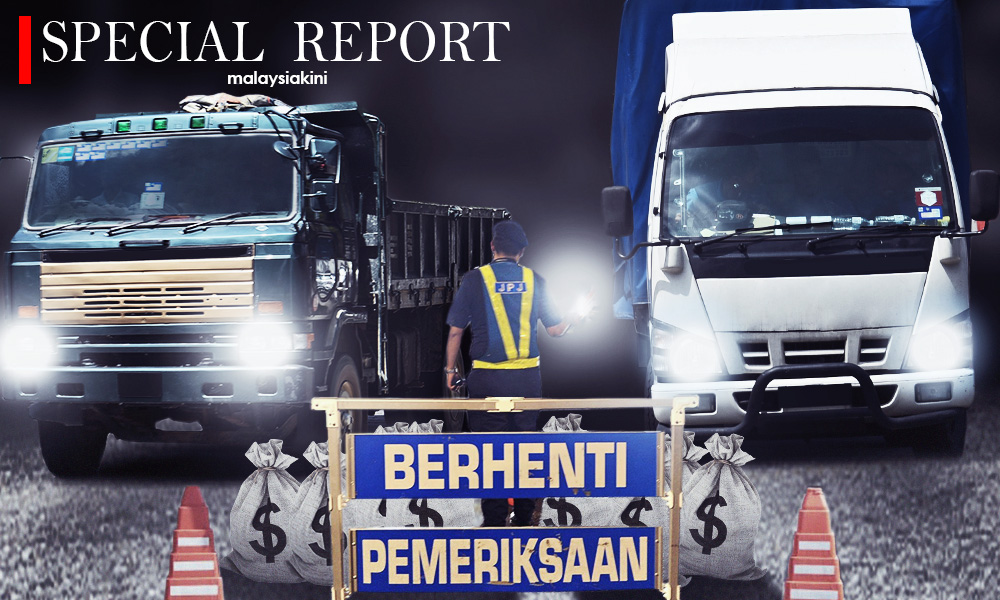 Endemic corruption in RTD, and 9 news from yesterday

1. In a special report, Malaysiakini exposes graft in the Road Transport Department and its corrupting influence on the logistics industry. The department said it would take disciplinary action and lodge reports to relevant authorities.

2. PKR president Anwar Ibrahim confirmed there are efforts underway to gather the support of MPs for Prime Minister Dr Mahathir Mohamad to serve until the end of his term. The forthcoming Pakatan Harapan meeting is expected to finalise the transition of power between them.

3. The official tally for cases of Covid-19 infections and deaths “spiked” after China loosened the diagnostic criteria for patients in Hubei Province. Malaysia, meanwhile, recorded its 19th case.

4. A Malaysian student returning to Australia after Chinese New Year celebrations found herself locked out by her landlord, who cited concerns over the Covid-19 epidemic as the reason to throw her out.

5. The Federal Court overturned a ruling to allow a Muslim child born out of wedlock to bear his father’s name.

6. The wife of missing pastor Raymond Koh is suing the government and 12 other defendants in a bid to compel them to find his whereabouts and locate a key witness in the pastor’s abduction.

7. Former Education Ministry secretary-general Madinah Mohamad told the High Court in Kuala Lumpur that Rosmah Mansor had pressured her to “expedite” the award of a solar power project in Sarawak.

8. Former workers of a Klang-based cleaning services company have returned to Indonesia, after their employer signed a consent order to settle more than RM85,000 in unpaid wages.

9. The government has yet to approve a site for Lynas to store low-level radioactive waste, which is a condition for renewing the firm’s operating licence.

10. Academicians and journalists have expressed concern that some media have lost their direction, as they sensationalise issues related to marginalised groups and individuals.