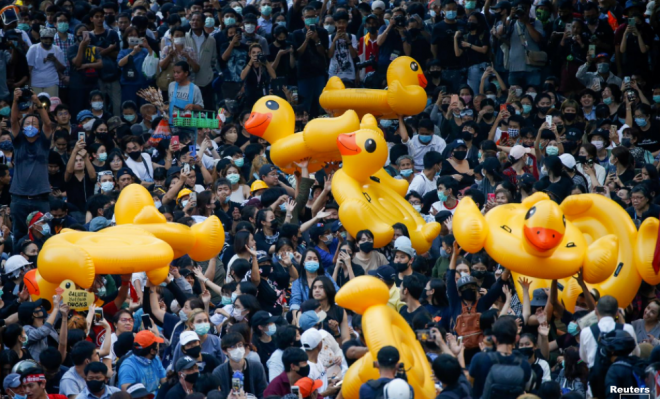 The giant ducks starred on Wednesday as thousands of protesters massed outside police headquarters in Bangkok.

They had first made an appearance on Tuesday outside parliament in the most violent day of months of demonstrations as protesters used them as shields to advance towards police lines.