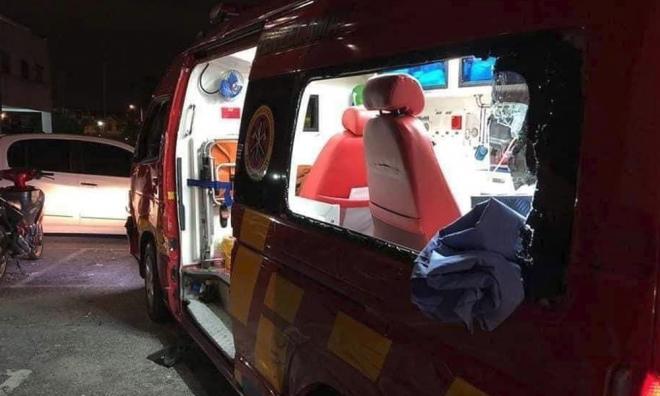 1. A witness at an inquiry into firefighter Muhammad Adib Mohd Kassim’s death claimed to have seen a firefighter get pinned between an Emergency Medical Rescue Services (EMRS) van and a car, but could not identify the victim.

2. After a rowdy day in Parliament, Dewan Rakyat speaker Mohamad Ariff Md Yusof assured his visiting Singapore counterpart Tan Chuan Jin that he was merely caught “at the wrong place and at the wrong time.”

3. Tanjung Karang MP Noh Omar was slapped with a three-day suspension by the Dewan Rakyat for allegedly insulting deputy speaker Nga Kor Ming. This prompted Umno and PAS MPs to stage a walkout, while Noh turned to the Singapore Parliament speaker for help.

4. De facto Law Minister Liew Vui Keong revealed that the cabinet has instructed police not to enforce the Sedition Act 1948 against the government’s critics.

5. Migrant rights group Tenaganita has urged the government to ensure the rights of Chin refugees are protected.

7. The International Trade and Industry Ministry is to investigate approved permit holders to look for links to politicians from the previous administration.

8. The Inland Revenue Board said RM486.29 million in excess tax collections last year were not refunded because taxpayers failed to update their bank accounts or personal information.

9. Revenue raised through taxes on sugary drinks will be used to fund a free and healthy breakfast programme for all primary school children next year, Prime Minister Dr Mahathir Mohamad said.

10. Mahathir also announced that a special court would be set up to help expedite the resolution of corruption cases.