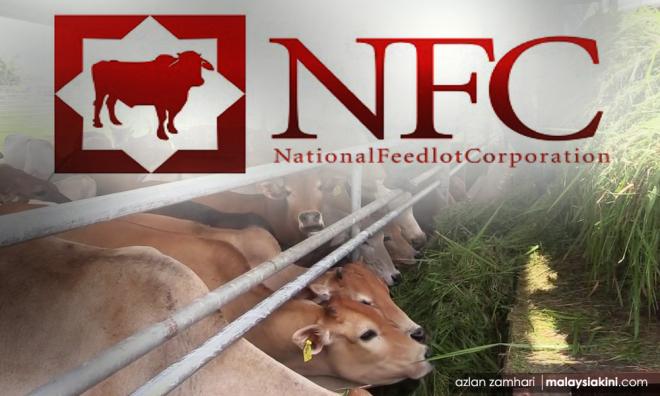 NFC, 10 others ordered to file defence in govt's suit to reclaim RM253.6m loan

National Feedlot Corporation Sdn Bhd (NFC) and 10 others were named as defendants in a suit by the government to reclaim RM253.6 million that was loaned to the company operated by former women, family and community development minister Shahrizat Abdul Jalil’s husband and their three children.

"The court also fixed Jan 13,14,15,17 and 20 next year to hear the case and (this) Aug 22 and Dec 18 for further case management,” he told reporters after today’s case management, which was held in chambers.

In the suit filed last May 31, the government, as the sole plaintiff, named NFC as the first defendant, with Shahrizat’s husband, Mohamad Salleh Ismail, and their three children - Wan Shahinur Izran, Wan Shahinur Izmir and Wan Izzana Fatimah Zabedah - who were referred to as “Mohamad Salleh’s family” as the second to fifth defendant.

The government filed the suit to claim RM253.6 million owed by NFC from the company and Mohamad Salleh’s family, with interest of two percent a year.

The government is also seeking a court declaration for Mohamad Salleh’s family to be personally liable for the loan repayments, of which RM118 million was allegedly misappropriated, along with any undeclared profit and income that may have arisen as a result of their use, as well as Putrajaya’s right to claim the properties that were purchased using the loan.

In the statement of claim, the government stated that on Dec 6, 2007, an agreement was signed with NFC to provide it with a loan of RM250 million for the setting up and operation of a national feedlot centre in Gemas, Negeri Sembilan.

It said of the total RM180.51 million, only RM8.32 million was paid to a third party to finance the national feedlot project, with the remaining RM172.2 million paid into NFC’s operation account at Malayan Banking Berhad.

The government also claimed that RM9.76 million of the loan was misused to pay part of the purchase of two residential units at One Menerung Residence by National Meat & Livestock Corp, and another RM1.8 million to pay one Shamsubahrin Ismail for an undisclosed purpose.

The government also claimed Mohamad Salleh’s family had used the loan to, among others, buy two pieces of land in Putrajaya, one for RM3.36 million and the other, RM1.51 million, which were paid to two law firms, and a certain amount was also used to pay for the purchase of a four-storey shophouse at Solaris Mont Kiara by Wan Shahinur Izran and Wan Izzana Fatimah Zabedah.