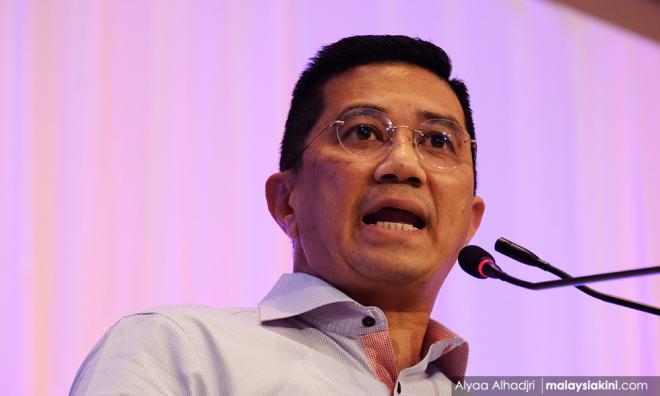 PKR deputy president Azmin Ali has resigned from the party.

10 other PKR MPs also followed Azmin in exiting the party.

The 11 MPs say they plan to form an independent bloc in the Dewan Rakyat.

The announcement came just moments after PKR announced that it would be sacking Azmin and party vice president Zuraida Kamaruddin.

This is over their role in orchestrating a new coalition in a bid to oust the current Pakatan Harapan government.

Yesterday, Azmin's faction along with representatives from Bersatu, BN, PAS, GPS and Warisan met with the Yang Di-Pertuan Agong on the formation of a new government.

However, no announcement was made. Azmin had told supporters that the ruler needed some time to look into the matter.

The MPs who have quit with Azmin are as follow:

The exit was announced in a statement circulated inked by all 11 MPs. It was circulated by Azmin's aide.

A handful of MPs who were initially expected to move with Azmin did not make the move. These include Sungai Buloh MP R Sivarasa, Petaling Jaya MP Maria Chin Abdullah and Tebrau MP Steven Choong Shiau Yoon.

Earlier today Bersatu, which has 26 MPs, announced that it is pulling out of the ruling Pakatan Harapan coalition.

Prime Minister Dr Mahahir Mohamad also submitted his resignation to the Yang di-Pertuan Agong, paving the way for a new government, the composition of which remains unclear.