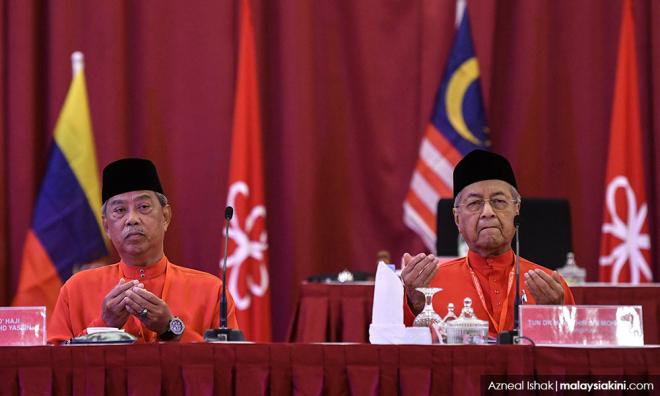 Earlier, Mahathir also submitted his resignation as the prime minister to the palace.

Mahathir provided no reasons for his resignation as both the prime minister or as Bersatu chairperson.

His exit as the Bersatu chair fuels speculation that he could be at odds with Muhyiddin and others.

Meanwhile, The Edge quoted sources as claiming that Mahathir resigned from the party he founded because is against working with Umno.

A number of top leaders from Umno, PAS and Bersatu congregated at a hotel in Petaling Jaya last night, along with Azmin and other PKR MPs aligned to him.

This fuelled speculation of a move to form a backdoor government.

One source claimed the 94-year-old premier was fed-up with what transpired in the last 24 hours as he was purportedly against the move.

Whereas, a second source alleged Mahathir is resigning as the Pakatan Harapan prime minister in order for him to become the legitimate prime minister of the new coalition.