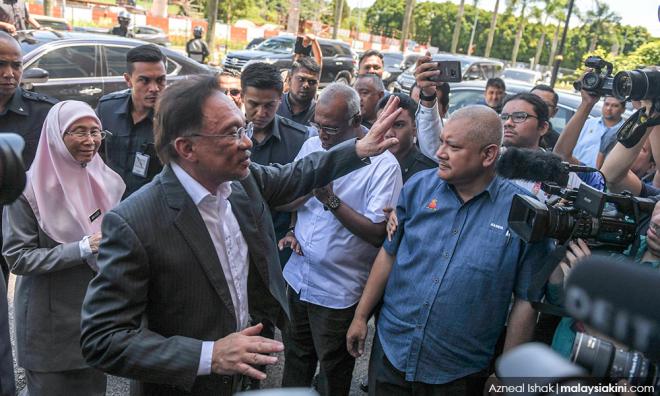 PKR president Anwar Ibrahim said he was satisfied with Dr Mahathir Mohamad's stand after meeting with the prime minister this morning.

The Port Dickson MP, however, declined to provide any further details of the meeting when pressed by reporters.

"I will have a special meeting of the leadership council. I have just come from the house of Dr Mahathir to discuss some matters."

“And I am satisfied with his stance that we must give priority to the continuation of the reform agenda.

"That's all I can say so far," he told reporters at the PKR headquarters today.

After a meeting involving several political party leaders at a hotel in Petaling Jaya yesterday, Anwar described the move as a "betrayal".

"I can't say anything. It is clear to us that we had a very good meeting.

"And I am impressed by his attitude and stance that changes are not subject to hordes who want to seize power without setting the agenda for reform, ”he said.

However, Anwar rejected the idea of a government change when asked by reporters.

He instead argued that he would not betray the mandate given by the people in the last general election.