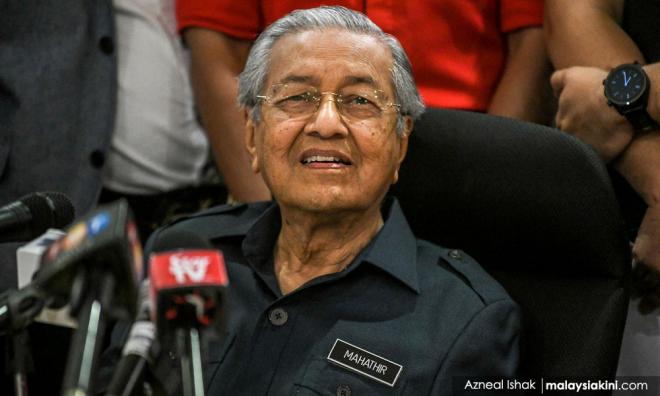 The PMO said the resignation letter was delivered to the Yang di-Pertuan Agong at 1pm.

Malaysiakini reported earlier that speculation had been rife that the premier and Bersatu chairperson would be resigning.

One source claimed that the 94-year-old premier was fed-up with what transpired in the last 24 hours.

"He is just too tired when his own party leaders tried to go for the latest manoeuvring. He was against the move in the first place," the source told Malaysiakini.

Whereas, another source alleged Mahathir is resigning as the Pakatan Harapan prime minister in order for him to become the legitimate prime minister of the new coalition.

However, the source said the Agong could also decide to call for snap polls or appoint an MP, whom the monarch is confident can command a simple majority in Parliament, to be prime minister.

"Yes, it is a good move, so it is really up to the king now to reappoint him or somebody else, or dissolve parliament for a snap election," added the analyst.

The source also pointed out that with Mahathir's resignation, the cabinet the latter appointed is automatically dissolved as well.

"Dr M (Mahathir) may present another letter with majority MPs and form his new administration. Then he appoints his new cabinet," he added.

Prior to PMO confirming the resignation, Bersatu president Muhyiddin Yassin announced that the party would withdraw from Harapan.

Commenting on this, Umno secretary-general Annuar Musa said this means the Harapan government has collapsed.

"The question of a government being formed through the front door or back door does no longer arises. It depends on the MPs and Agong," he tweeted.