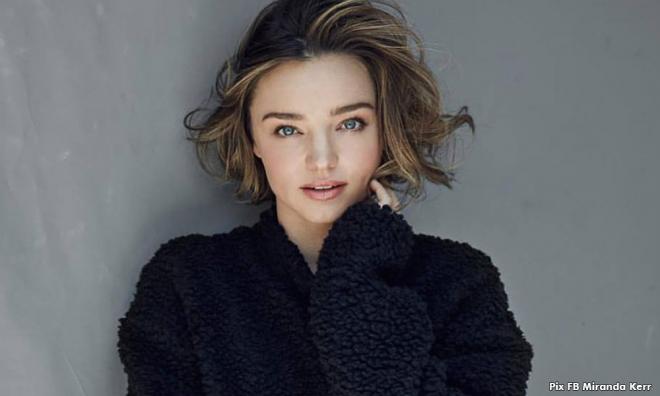 The United States Department of Justice (DOJ) has accused Penang-born tycoon Jho Low and his associate Eric Tan of spending a whopping US$200 million on jewellery.

Though the DOJ did not list out all the alleged purchases, it, however, claimed that Low alone spent at least US$9.9 million on jewellery for Australian model Miranda Kerr (photo), the country's first Victoria Secret's model, as well as his mother.

Low also allegedly spent US$28.6 million on jewellery for the wife of Malaysian Official 1.

According to the DOJ, the first recorded purchase by the businessman using 1MDB-linked monies dated back to 2012 when he bought a diamond ring and matching diamond earrings for his mother.

Together with an engagement ring for an "unidentified woman", Low's total bill for the jewellery from Lorraine Schwartz was US$2.84 million.

On Dec 5, 2012, Low allegedly paid for this using part of the US$1.367 billion misappropriated from 1MDB in what the DOJ described as the Aabar BVI phase.

This is when up to 40 percent of proceeds raised through two bond offerings were transferred to a British Virgin "Islands entity called Aabar Investments PJS Limited (Aabar BVI).

Aabar BVI is one of several companies created to give the false impression that it is a subsidiary of Abu Dhabi's International Petroleum Investment Co (IPIC).

The money to pay for Low's mother's jewellery went through Good Star Limited as well as the accounts of the businessman’s father in Singapore.

When BSI officers enquired about the transfer to his father, Low explained that it was part of his "family tradition" to give parents proceeds when "good wealth creation is generated."

Meanwhile, between February and November 2014, Low is accused of having purchased four sets of jewellery from Schwartz as gifts for Kerr.

The first is an 11.72-carat heart-shaped diamond worth US1.29 million that Low gave Kerr as a Valentine's Day gift.

Low is said to have bought this using funds diverted from 1MDB from the proceeds of a third bond offering in 2013.

These funds are said to have been laundered through the purchase of the Park Lane Hotel in New York, and later through the joint purchase of US energy firm Coastal Energy.

The next gift Low bought for Kerr was a matching "18k white gold diamond" set worth US$1.98 million, which he gave her while on an excursion on board his yacht in late July and early August 2014.

Then in October, 2014, he bought the model 11-carat diamond earrings with a purchasing price of US$1.05 million.

The DOJ alleged that the purchases between July and November, 2014 were paid for using portions of the US$850 million siphoned out of US$1.225 billion in loans 1MDB took from Deutsche Bank in what it described as the "Option Buyback" phase.

Besides the jewellery for Kerr, money misappropriated from the Deustche Bank loan was also used by Low to pay for 27 different 18-carat gold necklaces and bracelets worth a total of US$1.3 million that were purportedly selected by MO1's wife in October, 2014.

The businessman had also allegedly paid US$27.3 million for a pink diamond necklace for MO1's wife, using portions of the US$620 million MO1 had returned to accounts Low controlled.