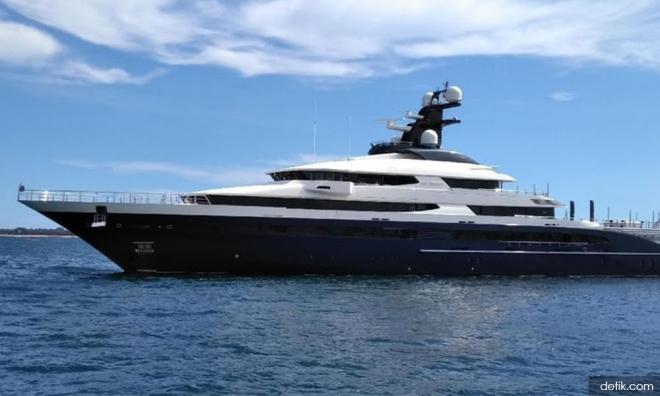 The luxury yacht was seized off the coast of Teluk Benoa in Bali, Indonesia in a joint operation between Indonesian authorities and the US Federal Bureau of Investigations (FBI).

The DOJ, responding to queries from Malaysiakini, indicated that it did not intend to comment on the action beyond what has been filed in court.

"The US Department of Justice declines to comment beyond the complaint in this pending matter," a DOJ spokesperson told Malaysiakini.

The DOJ also reiterated the court filings including the arrest warrant for the seizure of the yacht which was issued by US district court judge Dale Fisher for the central district of California in Los Angeles.

Yesterday, Indonesian authorities and the FBI seized Equanimity which was believed to have been acquired using misappropriated funds from Malaysian state fund 1MDB.

Indonesian media reports indicate the vessel had been in Indonesian waters since November last year.

Metro TV reported that 34 crew were on board when the vessel was seized but its owner, Low, was not among them.

The DOJ believes that at least US$4.5 billion has been misappropriated from 1MDB by Malaysian government officials among others and is looking to recover around US$1.7 billion of in assets allegedly acquired using these stolen funds.

Its involvement was in response to the funds being laundered through the US financial system.

The DOJ has temporarily filed for a stay on the forfeiture of these assets, which is through a civil suit, pending a parallel criminal case.