Indonesian police have claimed that the captain of the US$250 million superyacht seized in Bali yesterday, the Equanimity, had turned off the vessel's automated identification system (AIS) to avoid detection.

“While sailing, Captain Rolf (no other name provided) had switched off the vessel's AIS several times, so the vessel was undetectable along Philippine waters and towards the southeast of Singapore.

"At the time, US authorities had issued a seizure warrant," Indonesian police spokesperson M Iqbal was quoted as stating by news portal Detiknews. 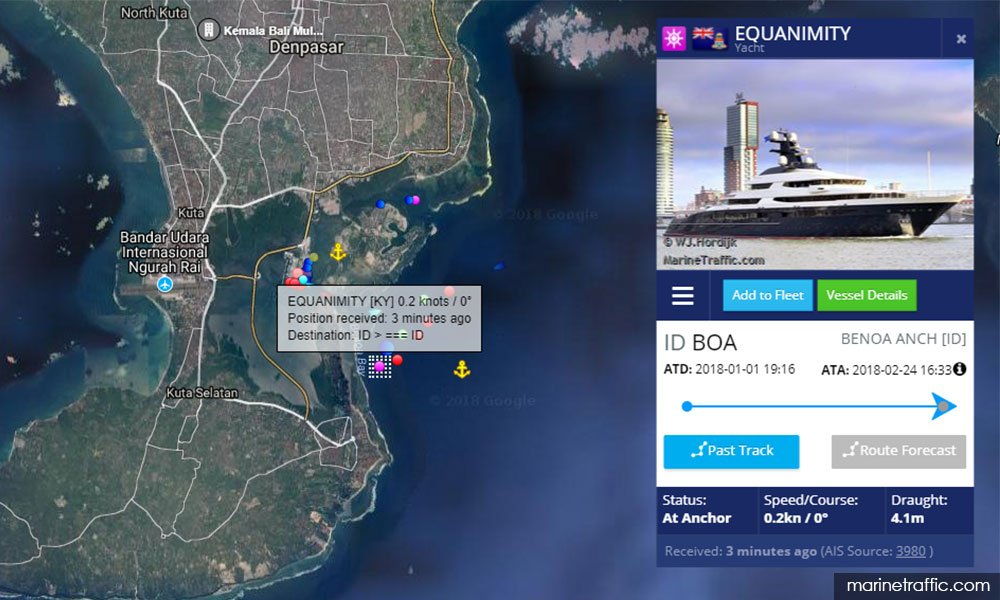 It was reported that the yacht was first detected entering Indonesian waters last November, and had passed through the resort island of Raja Ampat in East Nusa Tenggara, before moving westward towards Lombok and Bali.

Iqbal said the vessel is believed to have sailed towards the republic to evade US authorities investigating the 1MDB scandal.

He revealed that the hunt for the superyacht had begun in 2015. It was tracked to Lombok before being seized along Teluk Benoa in Bali yesterday, where it remains berthed.

"The yacht was sailing into Indonesian waters. We suspect that it (the route) was chosen to avoid detection of US authorities...," he added.

Indonesian authorities have so far confirmed that 34 crew members were on board the vessel and that investigators are attempting to determine the whereabouts of its owner.

The Equanimity, which belongs to businessperson Jho Low, was seized yesterday in a joint operation reportedly involving 21 personnel from Indonesian police and Bali marine police, along with seven agents from the US Federal Bureau of Investigation. 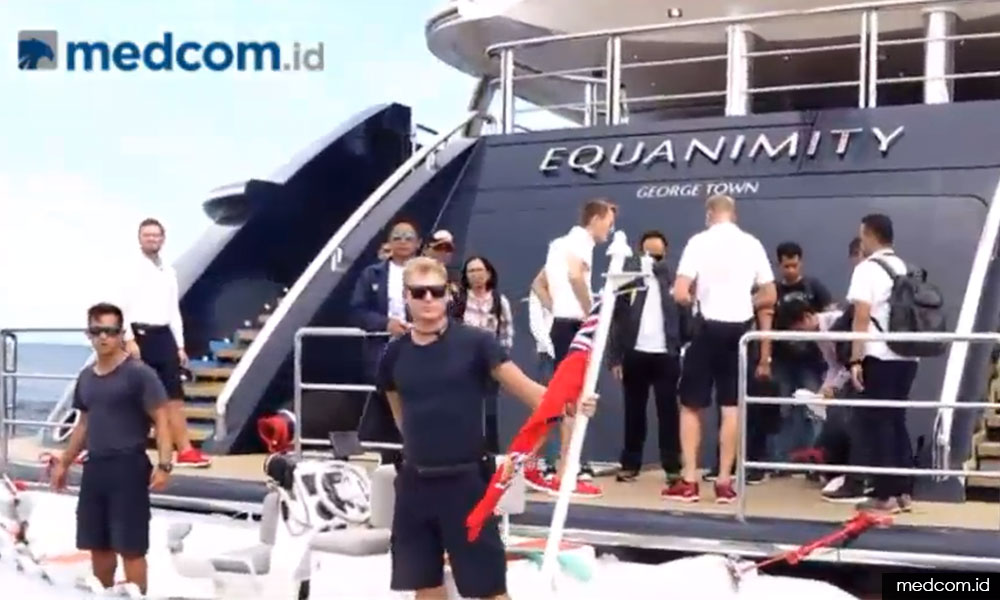 They were also facilitated by eight harbour masters, and spent about eight hours on board, before leaving with travel documents. The search was continued this morning.

The US Department of Justice (DOJ), in its asset forfeiture suit, claimed businessperson Low Taek Jho @ Jho Low had commissioned the superyacht to be built at an estimated cost of US$250 million (RM1 billion), using money allegedly siphoned from 1MDB.

According to reports, the 91.5m-long vessel has a spa and beach club, a beauty salon, a gym, a sauna, a Turkish bath and a large pool. The interior has some orientally inspired themes, using materials such as wenge, bamboo and gold lead.