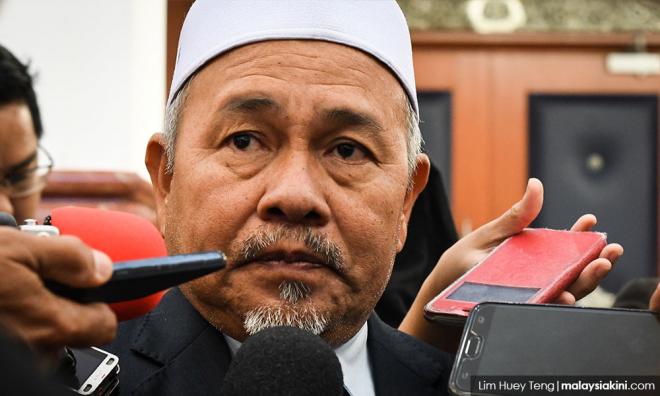 PAS deputy president Tuan Ibrahim Tuan Man wants Haziq Abdullah Abdul Aziz to face the syariah court after the latter admitted to being one of two men engaged in sexual acts in a video.

Haziq had also implicated a federal minister as his partner in the sex video.

In the wee hours of June 11, the sex video was systematically circulated, with journalists and PKR members being added into various WhatsApp groups by unknown mobile numbers.

The sex video, which was in three parts, was then subsequently shared in the groups along with bank documents purportedly showing payments to the minister.

To date, the video has not been verified.

In a separate video released early this morning, Haziq claimed the two men in the video were the minister and himself.

He said the incident happened on May 11 during the Sandakan by-election in the minister's room at Four Points Hotel in Sandakan.

Tuan Ibrahim also urged PAS members not to get involved by circulating the video.

"As a Muslim, we must be consistent with what the Islamic law (based on Islamic teachings) state, that we (should) not accuse (qazaf) unless we have witnessed it," he said.

Tuan Ibrahim said PAS should not be involved in matters that are not beneficial at a time when the people are facing economic and social issues.