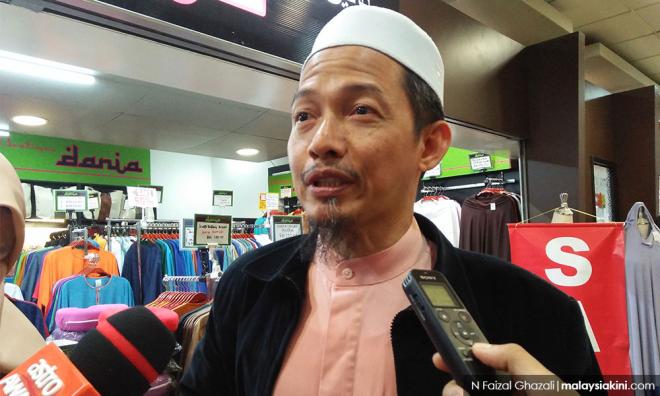 PAS leader Nik Abduh Nik Abdul Aziz revealed that president Abdul Hadi Awang consented to his denial of an audio clip of him admitting that the party received funds from Umno.

Earlier, Hadi said Nik Abduh's remarks about the funds in the recording were made in an “academic” sense.

Amid allegations of RM90 million flowing into PAS from Umno, Hadi joked about the elevators at the party's office breaking down during an MACC visit.

Nasrudin Hassan, the party’s information chief, asked the Attorney-General's Chambers to explain why it dropped a charge against lawyer Siti Kasim for showing her middle finger to a forum audience in 2016.

Another DAP lawmaker, Sungai Pelek assemblyperson Ronnie Liu, said the move by Bersatu was a betrayal of the mandate given by the rakyat to Harapan in the 14th general election.

Segambut MP Hannah Yeoh tweeted that the ruling coalition should be more selective in taking in members who do not share its ideals.

Another defector, Hulu Terengganu MP Rosol Wahid, said he has not received a summons from Umno for leaving the party.

A bid by devotees of the Seafield Sri Maha Mariamman temple to prevent the site from being possessed by developer One City Development Sdn Bhd was thrown out of court.

The family of pastor Raymond Koh appealed to Prime Minister Dr Mahathir Mohamad to order a fresh police probe into his disappearance.

Umno vice-president Ismail Sabri Yaakob predicted that the “spirit” of the Cameron Highlands by-election will carry over to the March 2 Semenyih polls.

Education Minister Maszlee Malik will attend a dialogue on education at the Sunway Resort Hotel.

Harapan and BN will announce their respective candidates for the Semenyih by-election.