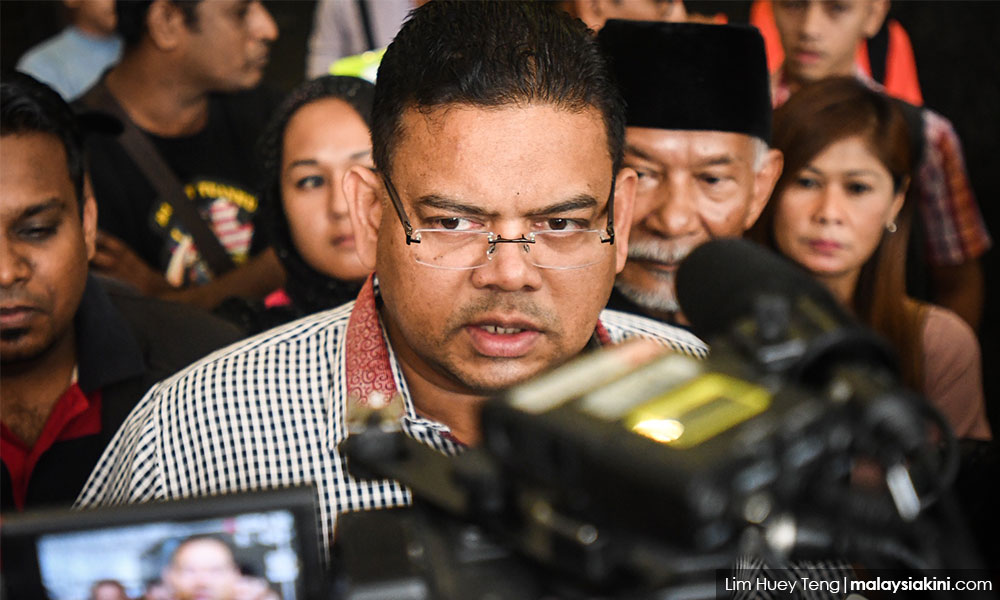 Umno supreme council member Lokman Noor Adam has hit out at leaders of his own party for allegedly defending Economic Affairs Minister Mohamed Azmin Ali over a sex scandal.

This follows acting Umno president Mohamad Hasan urging the party to steer clear of the sex video, and former Youth chief Khairy Jamaluddin asking the public to do the same.

"It is painful when one, two Umno leaders aligned to (Prime Minister) Dr Mahathir Mohamad came forward to defend Azmin after Haziq Abdullah Abdul Aziz's confession (to being the other man in the sex video) and forbidding the dissemination of the video," he said in a statement today.

Lokman pointed out that this would cause the documents accompanying the sex video – alleging a fund transfer from UEM Group to accounts allegedly held by Azmin – to be overlooked.

Yesterday, the Umno leader urged police to investigate the veracity of the sex videos and also lodged an MACC report over the alleged fund transfer.

UEM has denied the fund transfer allegations, saying that it does not own an account with Maybank's Kuala Lumpur branch, nor an account with the number specified in the purported document.

Haziq, the Santubong PKR Youth chief, confessed earlier today that he was the other individual in the sex video.

Azmin, however, called the video "vicious libel," and threatened legal action against the perpetrators.

Lokman made his remarks against Umno leaders in response to PKR lawmaker Azmizam Zaman Huri.

Yesterday, Azmizam questioned the speed with which Lokman responded to the video allegations, and whether the latter had slept.

Lokman replied in the negative.

"How can I sleep, when the man in the video is said to be Mahathir's choice as the prime minister to replace him?" he said.