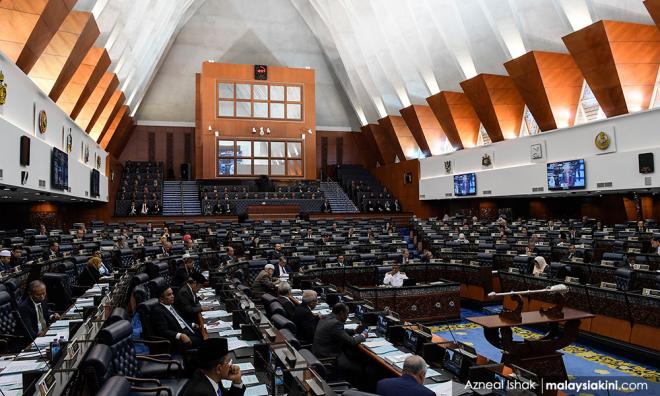 With a total of 56 MPs, parliamentarians from Sabah and Sarawak are poised to play a “kingmaker” role as the Pakatan Harapan government collapses.

A Harapan source claimed that the presence of PAS in any proposed new coalition is a possible stumbling block and that the two groups of MPs have stated their terms already.

"Shafie Apdal wants no Bersatu involvement in Sabah which is an easier bargain for Anwar to achieve.

"What may be tougher to negotiate is that Gabungan Parti Sarawak wants the deputy prime minister's seat and more rights under the MA63 agreement.

"They will also be pushing for a zero opposition scenario in Sarawak," said the source.

GPS has 18 MPs, while Shafie's Warisan and allies Upko have 10 MPs. This number could tip the scale in either side.

Today however GPS' James Masing, who heads Parti Rakyat Sarawak said when asked about cooperation with PAS, said: "I think we are more comfortable with PAS than with DAP's arrogance."

Today, Prime Minister Dr Mahathir Mohamad submitted his resignation to the Yang di-Pertuan Agong and his Bersatu party, which has 26 MPs, pulled out of the coalition.

His move was followed by PKR deputy president Azmin Ali leading 10 MPs out of the party.

With Harapan shorn of 37 MPs, both Mahathir and Anwar loyalists are attempting to woo the East Malaysian group.