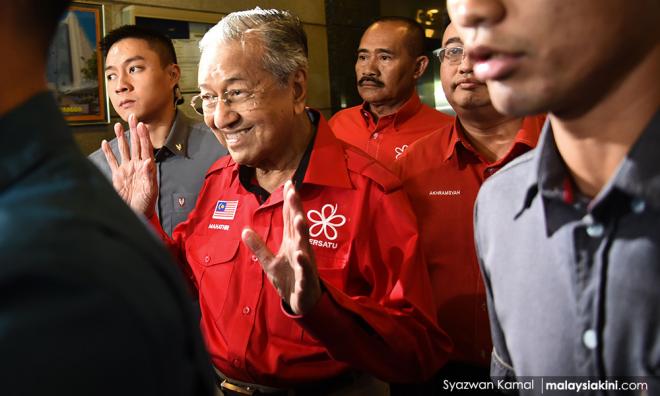 1. The Pakatan Harapan-led federal government collapsed after Bersatu and 11 PKR parliamentarians led by Azmin Ali left the coalition, but its opponents don’t yet have a clear majority in the Dewan Rakyat. At least three other Harapan-led state governments may follow suit.

2. Dr Mahathir Mohamad has resigned as prime minister and as Bersatu chairperson, and all his cabinet appointments have been revoked. However, the Bersatu supreme council rejected his resignation while the Yang di-Pertuan Agong appointed him as interim prime minister. He still has the backing from the remaining Harapan parties as well as Warisan.

3. Azmin and his supporters denied that they were traitors, saying that their actions were meant to prevent a conspiracy to turn Mahathir into a “lame duck” by forcing a mid-term transition of power.

4. At a meeting with supporters, Azmin revealed that the Yang di-Pertuan Agong needed time to sort out the new proposed government. He also expressed concern that the delay could derail plans to form a new coalition.

5. PKR president Anwar Ibrahim clarified that Mahathir did not mastermind an attempt to form a new ruling coalition, saying that his name had been used by “those within my party and outside”.

6. Civil society groups are opposing the latest political manoeuvres, with some calling for fresh polls and others calling for MPs who have switched sides to resign. Bersih has threatened to hold a ‘Bersih 6’ rally.

7. The High Court in Kuala Lumpur has acquitted and discharged P Gunasekaran on two charges of supporting the Liberation Tigers of Tamil Eelam, following attorney-general Tommy Thomas’ decision last week to discontinue the prosecution against all 12 people accused of having ties with the defunct group.

8. Goldman Sachs International Ltd and its subsidiaries have pleaded not guilty to charges related to the sale of 1MDB bonds amounting to RM27.2 billion.

9. Facebook said it had deleted users’ postings opposing the degazetting of the Kuala Langat North Forest Reserve by mistake and have reinstated them.

10. Parts of Italy are under lockdown after six people died of Covid-19 in the country. Meanwhile, in his last tweet as Health Minister, Dr Dzulkefly Ahmad said two Covid-19 patients in Malaysia have recovered, leaving just two more cases under treatment.