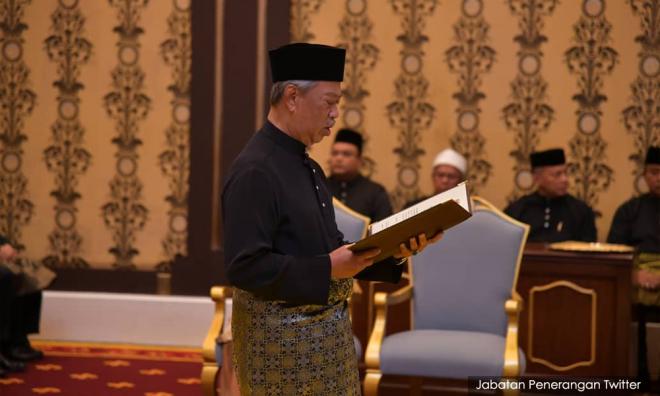 The swearing-in took place at Balai Singgahsana Kecil (Minor Throne Room) at 10.33am.

Al-Sultan Abdullah appointed Muhyiddin as the new prime minister in accordance with Articles 40(2)(a) and 43(2)(a) of the Federal Constitution.

Muhyiddin, 72, attired in a black baju Melayu and gold-embroidered black samping, was accompanied by his wife Noorainee Abdul Rahman.