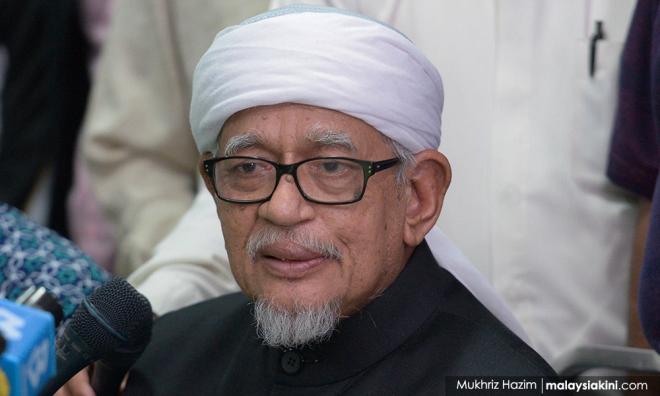 "What is important is we save the country first. Following this political crisis... we will consider everyone.

"If we want to accuse leaders of having problems, Harapan leaders too had them and they were stopped in court. They were just let off," he told a press conference at the PAS headquarters this evening.

Hadi was asked if he thought Umno leaders facing criminal cases in court should be appointed into the new cabinet.

The PAS chief appeared to be referring to the discontinuation of terrorism prosection against two DAP assemblypersons and other individuals over alleged linked to the now-defunct Liberation Tigers of Tamil Eelam (LTTE), a separatist group in Sri Lanka.

DAP secretary-general Lim Guan Eng, who was in early 2018 charged with the alleged purchase of a property at a below-market price under the BN government at the time, also saw the case dropped after Harapan came to power.

Bersatu president Muhyiddin Yassin was this morning sworn in as the new prime minister.

He will lead a new coalition comprising his party, BN, PAS and GPS with confidence and supply from minor parties.

At the press conference today, Hadi also outlined his vision for the new government.

PAS hopes the federal government will prioritise the agenda to revive the economy, narrow the income gap, improve the standard of education and practice equitable development for peninsular, Sabah and Sarawak and defend the principle of federalism with all states," he says.

He also calls on the government to be fair to the people regardless of race, religion and political ideology.